The MTV Staying Alive Foundation has unveiled an exciting fifth season of the multi-award-winning TV drama MTV Shuga Naija alongside a Talent Accelerator Program which will invest in female creatives within the Nigerian film industry.

The announcement, which was made today, Monday, 17 October 2022, is in partnership with Unitaid, The Global Innovation Fund, and Paramount. The new season of MTV Shuga Naija will promote HIV prevention and self-testing, and COVID-19 including vaccine uptake, while tackling gender-based violence and promoting gender equity. Together with on-the-ground activities, the program will target young people aged 15 to 24 years. The campaign has also announced the kick-off of the MTV Shuga Naija online auditions for aspiring talents to join the MTV Shuga Naija alumni. Online submissions will close on 24 October 2022 and aspiring talent can visit www.casting.ng/mtvshugaauditions to audition.

The new MTV Shuga Naija season will experience a revamp from past seasons that fans know and love, from addressing gender issues in the media to investing specifically in growing female-led companies in the Nigerian film industry.

The MTV Staying Alive Foundation will launch a Talent Accelerator Program, which will offer internship and mentorship programs for emerging female creatives in different areas of production, to accelerate advancement towards “gender-aware” media, through the production of MTV Shuga Naija and the strengthening of local capacity. The Talent Accelerator Program will support the pathway for gender-transformative, high-quality content production and give more young females an opportunity to take on senior roles in future seasons of MTV Shuga Naija.

Considering this, the fifth season of the TV drama will be produced by 1Pod Pictures, a female-led production company, founded by Directors Isioma Osaje and Temidayo Makanjuola. Pre-production is already in progress, with the series to be broadcast in Q2 of 2023. Adesua Etomi-Wellington who played Sheila on MTV Shuga Naija season 2 and Down South will star in the new season alongside Tomiwa Tegbe and Sharon Jatto. 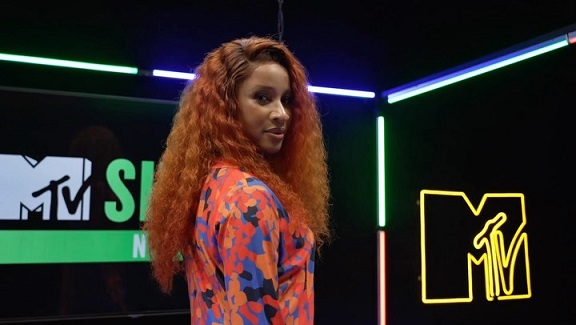 MTV Shuga Naija fuses critical storylines with health messaging to positively shift viewer attitudes and behaviour. The campaign will use real-life experiences and immersive storylines to challenge myths and stigma around HIV and AIDS, and promote HIV prevention, highlighting the importance of regular self-testing as well as modern contraception. The new season will also encourage conversations centered around gender-based violence among young people and how to seek help; as well as raising awareness of the risks of getting infected with COVID-19 and passing it to higher-risk age groups, and the importance of vaccination.

Anita Aiyudu, Country Manager, MTV Shuga Naija commented: “Since the first MTV Shuga season was created in 2009, we have worked with a range of local media production companies and tested various gender-based storylines in our content across regions. With this campaign in Nigeria, we have created a strategic approach to promote female-led production companies through our Talent Accelerator Program, which will guide emerging female creatives to hone their craft and make a name for themselves, while encouraging dialogue on real issues affecting young people. We are excited about the huge potential for the project and really grateful to our partners for making it happen.”

Monde Twala, Board Member, MTV Staying Alive Foundation (SAF) and Senior Vice President, Paramount Africa, further stated: “MTV Shuga has birthed a paradigm shift in the entertainment and media industry. Through this series, we have engaged the teeming youths of Africa on the importance of several issues, ranging from reproductive and sexual health to human rights and even the importance of vaccination. Our Talent Accelerator Program geared towards impacting the female creatives in the industry is a step in the right direction for us, even as we intensify our efforts in encouraging gender diversity in the industry, and we know that with the collaboration of our partners, this project will not only be a success but become one of the long-lasting legacies that will resonate in generations to come.”

Speaking on Global Innovation Funds objective to promote innovations that increase the agency of women and girls, Rachna Nag Chowdhuri, Managing Director for Grants and Impact said: “It’s great to see MTV Shuga Naija returning for another season. Our work focusing on Innovating for Gender Equality prioritises those approaches which make the biggest impact on gender norms at scale. This series is a great example of that – it has a fantastic track record of tackling issues most important to young men and women, the evidence that it makes a positive difference to sexual health behaviours, gender-based violence and norms around gender equality, and the platform to reach millions of young women at a crucial stage in their lives. We are also excited that MTV Shuga is not just promoting gender equality through its content, but also within the media industry by cultivating local female-led production companies.”

Speaking on supporting the campaign, Dr Philippe Duneton, Executive Director, Unitaid, a global health organization that funds promising innovations, such as HIV self-tests and new HIV prevention tools, which have the potential to make sweeping improvements in global health commented: “Gender inequality is one of the main socioeconomic factors contributing to inequities in global health responses. Unitaid is proud to support MTV Shuga Naija in its innovative and holistic approach to empower young women with critical health information through their programming while promoting greater career opportunities for women in the entertainment industry.”

Adesua Wellington also shared her excitement on the return of a new season: “I’m thrilled that “Sheila” is back on the new season of MTV Shuga Naija. Being part of this year’s cast is an opportunity for me to impact the lives of younger audiences through storytelling and I can’t wait to see the magic we create.”

MTV Shuga Naija will broadcast on MTV Base, (DSTV channel 322), NTA, and past seasons can be streamed on Netflix, YouTube and Facebook Watch.