Oluchi Anekwe, a 300-Level Accounting student of the University of Lagos (UNILAG), who was electrocuted on September 8, have been finally laid to rest in Oshigo-Aku Village in Igbo-Etiti Local Government Area of Enugu State in a solemn funeral. 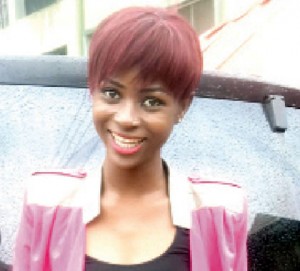 The community shared in the grief of the Anekwes whose daughter, Oluchi, was electrocuted at the University of Lagos (UNILAG). The compound of the Anekwes, a prominent family in the community, was besieged by mourners, dressed in black. On the day she was buried, the late Oluchi was supposed to write her final Institute of Chartered Accountants of Nigeria (ICAN) examination.

The mourners and Mother Mrs. Augustina Anekwe betrayed emotion when the hearse bearing her remains arrived. 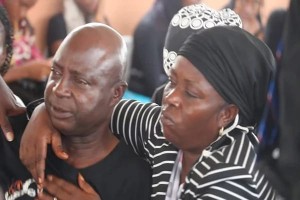 The body was taken to St. John the Evangelist Catholic Parish in Oshigo for a requiem mass, which was conducted by five ministers led by the parish priest, Reverend Father Denis Chibuzo and Reverend Father Emeka Ngwoke.

The priest described the late Oluchi as a serious-minded and bright student, who would be any lecturer’s favourite. He said Oluchi was not dead but had gone with the righteous.

Reading the family’s appreciation, Chinedu, the late Oluchi’s brother, thanked the people for standing by the family. 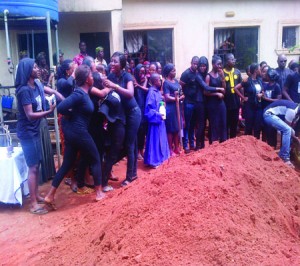 While performing the dust-to-dust rite, Buchi, the late Oluchi’s brother, said: “Let this be a wake-up call for the people in position of authority to do things right to end this kind of death; everybody must live up to his responsibility.”

Nkem, her sister, said: “Oluchi let your death be the end of untimely death in the family. We don’t want to mourn again”.

0 0 0
Previous : Student wins car at Etisalat Cliqfest
Next : 26 Year Old Nigerian Student Arrested for having Drugs in his Luggage