During a particularly tense moment in The Social Network, the 2010 David Fincher film about the genesis of Facebook, Eduardo Saverin (played by Andrew Garfield) confronts his cofounder, Jesse Eisenberg’s Mark Zuckerberg, by calling out Zuck’s now-famous schlubby uniform.

“Sorry, my Prada’s at the cleaners,” he yells, “along with my hoodie and my fuck-you flip-flops.”

And it seems the artist formerly known as Kanye West, who has spent the last couple weeks mired in a couple different professional schisms, brought out his very own hoodie and fuck-you flip-flops for London Fashion Week, attending the Burberry show on Monday in anoutfit notable even by Ye’s exaggerated standards: a four-sleeved (?) black leather shirt (the sleeves not filled with Ye’s arms were tied around his waist) and matching trousers, over a faded gray sweatshirt and what appears to be a pair of black tabi split-toe socks tucked into some seemingly DIY’d rhinestone-trimmed flip-flops. The presence of drawstrings on the hoodie suggests it’s probably not one of his “perfect” Yeezy Gap iterations, and the flip-flops certainly don’t look like any of the Yeezys slides we’ve seen before.

Aware of his own meme-potential even in the moment, Ye posted a close-up of the flip-flops on his Instagram Story this morning, which he captioned, “Don’t talk to me.” 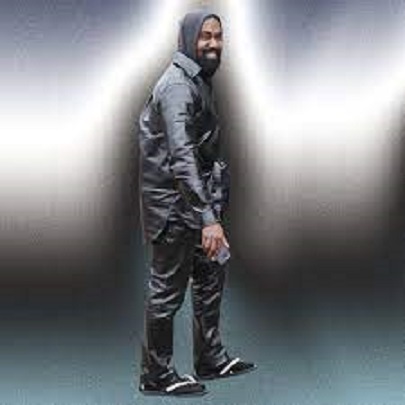 Ye has been pushing something of a “don’t talk to me” message of late, after putting a kibosh on his Gap partnership just two years into a decade-long contract and placing his blockbuster Adidas deal in the same crosshairs. Supposedly, there’s still a final Yeezy Gap runway show in the works for Paris Fashion Week, currently scheduled to take place next Monday, October 3, arriving on the heels of the final Yeezy Gap Engineered by Balenciaga collection released last week. As Gap CEO Mark Breitbard assured employees when news of the end of the Yeezy Gap deal hit last week, the retailer plans to follow through with pre-planned projects through the end of the year. Don’t expect to see any crystal flip-flops from that partnership, though.

0 0 0
Previous : Sterling Bank to Change Name
Next : Akeredolu: No Going Back On Plan to Arm Amotekun Corps