The semi-final of the Trophy Extra Special Band Season 3 was one for the history books as the remaining bands stepped up to battle with all that they had for the grand prize. With the end so close, the bands were in it to win it, and once again, one of the lead judges thrilled audiences with an unforgettable performance.

This week, Judge Cobhams blessed our ears and hearts with an inspiring performance that left no doubt about his skill and musical gifts. He set the bar quite high for the bands so it was left to them to step up or go home.

With their interpretations of ‘Made In Naija’ Afrobeat music, the six remaining bands tried their best to leave the audience and judges impressed enough to send them to the finals.

Some of the performances were huge successes while some still left a little something to be desired. Alatika sparked off the night with a performance of Wizkid’s Pakurumo which the judges described as musically sound but not delivering on its full potential. Made Kuti pointed out that the band had thrilled us with better performances in this season and this one was “just not competition worthy”. The competition needed a little more spice going forward.

However, the next band, Vibe6, brought the spice and everything nice with their spectacular performance of Jaiye Jaiye by Wizkid. Vibe6 indeed understood the assignment as they had the live audience cheering, Cobhams up on his feet dancing and all three judges hitting their extra special buzzers. Needless to say, the judges were huge fans of the performance as Cobhams declared “you guys are not going home tonight!!” and 2baba quipped “make I end the competition, una don carry am”.

Berrytunes, Coloz Band, Alba Group and Zenith Band all put their best foot forward hoping to capture the judges’ hearts. The buzzers were buzzing as much as the audience was vibing and all the bands did their utter best to deliver a wholesome knockout-worthy performance.

This week wrapped up with the Alatika Band getting eliminated because, as Made Kuti put it, “the point of this competition is to have a band that gets better with every performance” and this time, Alatika just didn’t cut it. 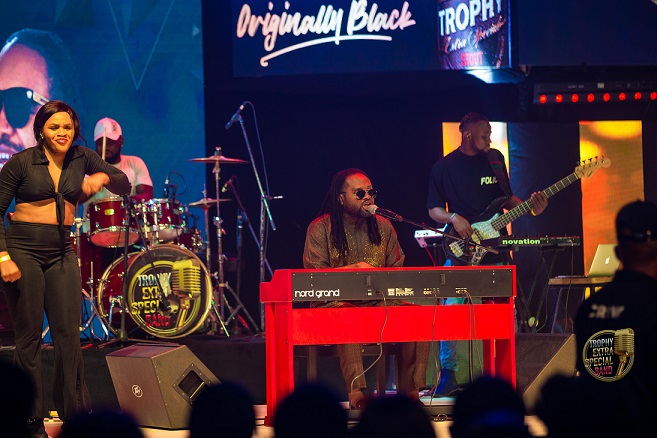 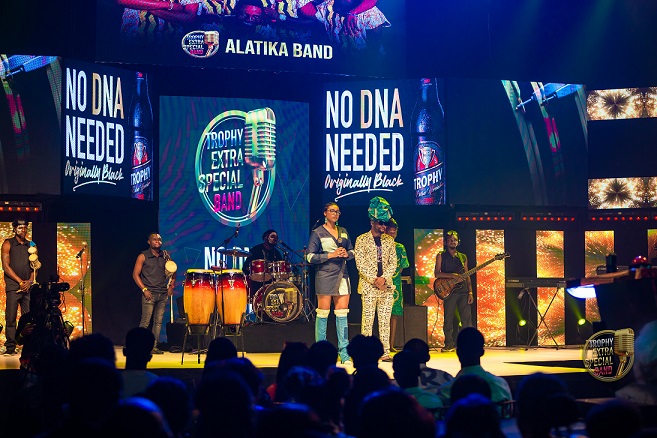